Net Neutrality is a confusing concept. It involves technology. This makes it all the more difficult to explain. Because of this, there are oodles of incorrect information on the subject. Most opponents of Net Neutrality do not understand what it even is. 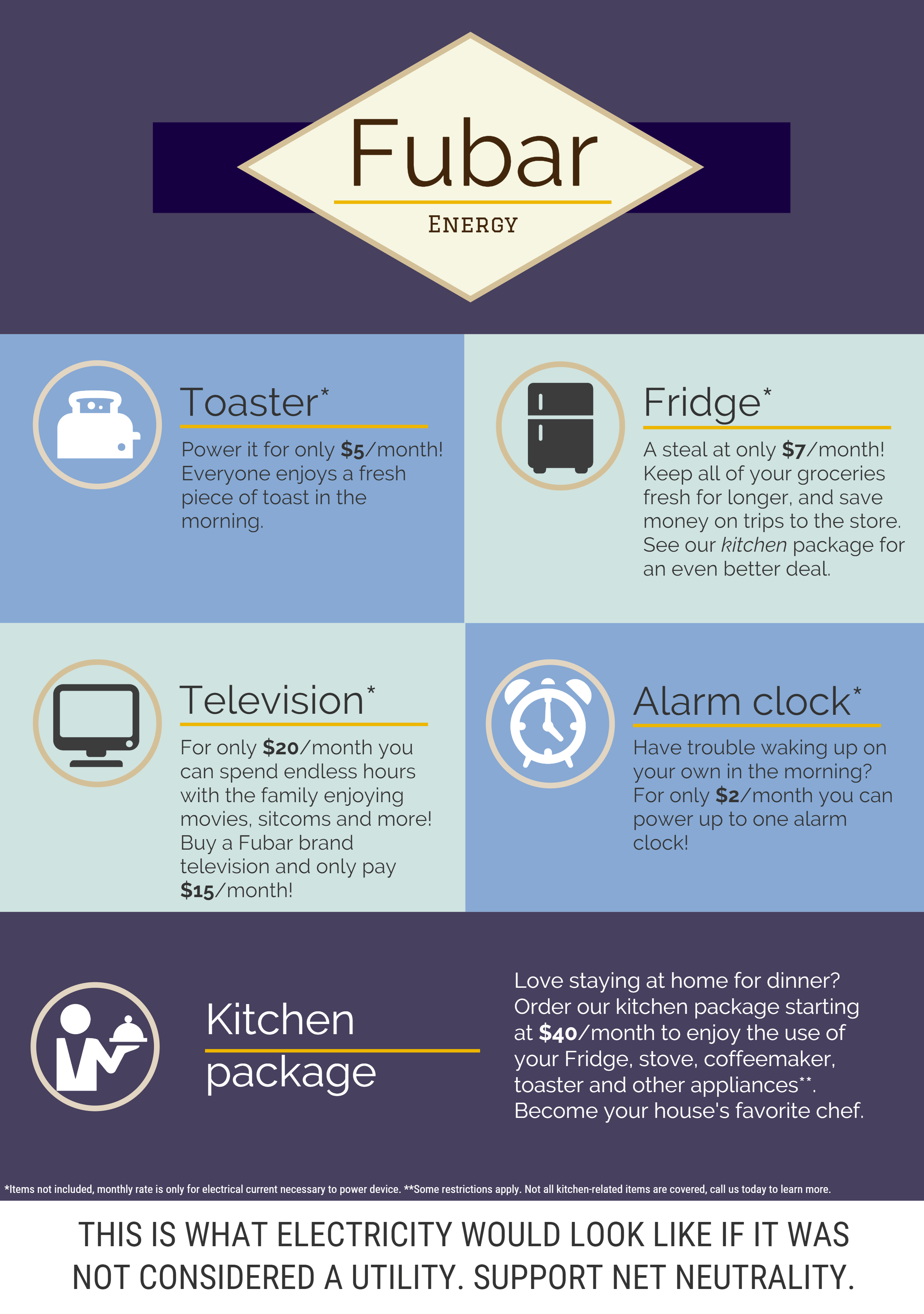 Do you see where this is going? Do you want to live in this world? This is exactly what Net Neutrality would allow ISPs to do. Now opponents of regulation will no doubt argue that the free market will fix this. This would be true, if ISPs were not unregulated legal monopolies. Since there is little to no competition or choice for an ISP for most consumers, the only way to guarantee an Internet that does not violate the First Amendment, is to classify ISPs as Title II common carriers, in other words, SUPPORT NET NEUTRALITY.

What this article does not cover, is the other side of issues Net Neutrality would create. Businesses would have to pay to be put into ‘fast’ lanes, or else be condemned to the ‘slow’ Internet. This also kills competition for tech startups and anyone who would rely on the Internet for any aspect of their business. Right now we have the luxury of an equal playing field, where companies can create killer technology and compete with the big dogs. A repeal of Net Neutrality would oppress any newcomers. There’s no winners except ISPs in a world without Net Neutrality. If you need another indicator that there is no ISP competition, note that America continually fails to reach the top 10 list of average Internet speed (globally), despite having the most unique IP addresses of any country in the world [1], things are only going to get worse if we repeal Net Neutrality.